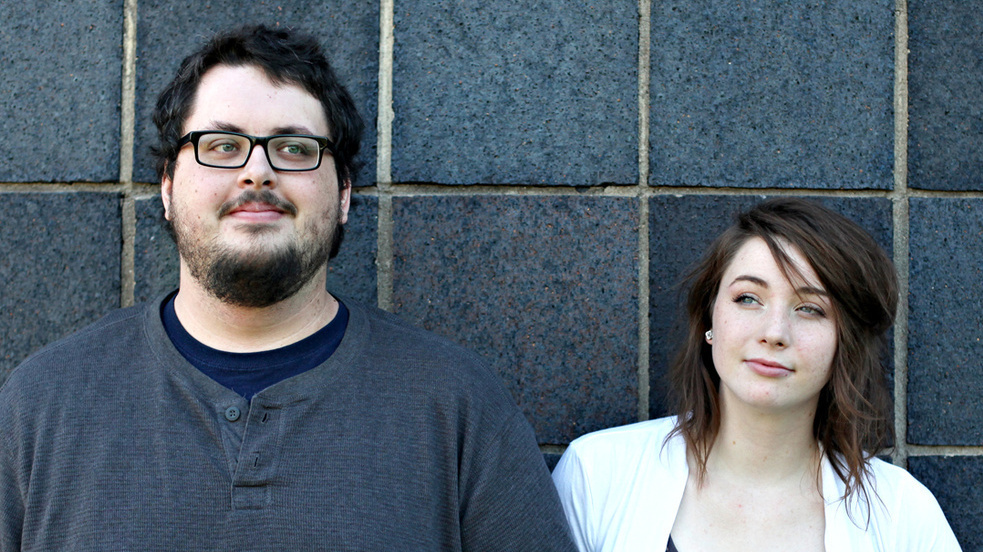 The Oh Hellos — courtesy of NPR

I drive from Tarpon Springs to Tallahassee every so often. It’s a straight shot on US-19, approximately four hours of alternating country road and remote-feeling speed trap towns, the kinds of places that make a long drive seem longer. This time around, I noticed a spike in big blue signs reading TRUMP, an appropriate addition to the several confederate flags that hang outside shanty dwellings flanking the highway. US-19 is oft-traveled by college students on their way to or from Florida State University and Florida A & M University, so I wonder how many times a year these people need to buy new flags, or how many they have stashed away in case the one on display disappears.
Tallahasse itself is a beautiful city too far removed from the state of Florida to really be an effective capital, but that’s a topic for another day. After I arrived and got situated, it was time to find the venue.

Fifth & Thomas lies on Thomasville Road and is part of an indoor plaza which includes cozy Irish pub Finnigan’s Wake and neighbors a student-centric housing complex. They offer a late night menu which includes poutine, a French-Canadian favorite of mine that I regret not eating. I bought my ticket, walked into the VIP lounge, was kindly ejected from said lounge, and then made my way through the main doors to Fifth & Thomas.

Doors opened at 7PM, the crowd trickled in steadily for an hour, and then, at 8PM, Tallahassee natives the Sara Mac Band began their set. They’re a soulful trio of singer Sara, guitarist Charlie, and bassist Claire. Claire plays a ukelele-bass, a rubber stringed instrument which mimics the thumping tone of the classical upright bass, providing a rhythmic, almost percussive backbone for Charlie’s blues guitar licks. Sara floats on top of the instrumentals with subdued power. The way she gesticulates, you can tell she loves to sing, and she is very good at it.

They did wonderful work riling up the audience in what was, by the end of their set, a packed house. Then, after much waiting and sound checking, in entered the Oh Hellos to the applause of an impatient audience.

If you look them up on Spotify or some similar music streaming service, the Texas-based Oh Hellos are described as a folk duo. This is partially the case. Siblings Tyler and Maggie Heath are certainly the heart of the band, but they are supported in live settings by several other musicians: two electric guitarists, a banjoist, an electric bassist, a violinist (fiddler?), a drummer, and one additional percussionist who is also a capable accordion player.

While the band itself might look like a crowd on the relatively small stage at Fifth & Thomas, they make ample use of the space, rocking back and forth with tremendous emphasis, sometimes breaking into full-on dance during those songs which provide the energy. Speaking of the songs themselves, they are the epitome of modern folk rock, equal parts ethereal and catchy, featuring as many as four vocal harmonies at once, the barrage of instruments requiring that there be two percussionists. As in songs like “Soldier, Poet, King,” which features a Celtic-styled banjo riff, the gap between new and old world folk is bridged.

Frontman Tyler Heath, apologizing for his illness-induced, rough vocals, described the show as an emotional rollercoaster, which was quite accurate. They opened with “Prelude,” track #1 on their latest album, Dear Wormwood, the building tension of that tune setting a precedent for the remainder of the set. Songs like “Hello My Old Heart” provided somber relief from their otherwise excitement-fueled numbers, but, of course, “Hello My Old Heart” does begin at an emotional low point only to ascend into utter playfulness.

To reiterate, the entire band moves like they’re having a party or engaging in some jam that nobody’s watching, facing each other more than the audience at times, which does a lot to encourage similar activity in the pit. At one point, Tyler requested that the crowd put their hands in the air before immediately diving into the music, the ever-kinetic guitar and violin player clapping the 1-2-3-4 beat above their heads as visual instruction, with which everyone complied.

Something about folk music calls back romantically to the joy that happened before cellphones and computers, before television, even before electric instruments, despite its use here. The chords and the harmonies resonate almost religiously with us. When the banjo or the fiddle pipe up above the cacophony, you want to smile. When you see the guy in the back screaming lyrics while beating on his tambourine, you do smile. If you don’t, there is no hope for you.

If The Oh Hellos come to your city, or anywhere near, make sure to check them out. Plenty of folks in the room admitted, upon the band’s inquiry, that they were only there by chance, and when asked if they were enjoying the show, there was a resounding affirmation.